If you are a foreigner and intend to stay in Bulgaria a bit longer, maybe it is a good idea to start learning the local language. This would make your stay more useful, more valuable and more pleasant. Having successfully organised courses and individual study programmes for foreigners, we have the necessary experience to offer you such language training as well. So far we have taught people from the United States of America, Great Britain, Spain, the Netherlands, France, Brazil and Israel. The language of instruction is English so it is necessary that the learners can speak it very well.

Bulgarian is the official language of the Republic of Bulgaria and is spoken by over 10 million people – about 7 million on the territory of Bulgaria and by over 3 million other people in the neighbouring countries and all Bulgarian emigrants around the world. It belongs to the group of Slavic languages but it differs significantly in many linguistic aspects from the other members of the family. It lacks noun cases, has a complicated verb tense and mood system and a specific postpositive definite article. Besides, it has some unusual phonetic and lexical characteristics. The Cyrillic script that Modern Bulgarian uses can present another exciting challenge for the learner. When Bulgaria joined the European Union on 1 January 2007, the Cyrillic alphabet became the third official alphabet of the EU.

Our course will help you understand the language when you hear it, and you will also learn how to speak, read and write in Bulgarian. You will gradually master the Cyrillic script and the pronunciation of the real language from everyday life situations. Some of the topics that the course covers include: Meeting people, Family and relatives, Describing people and your home, At the office, Getting about town, Making plans, At the hotel, Shopping, Sightseeing, At the restaurant, Holidays, etc.

Please contact us to enquire about a forthcoming preparation course or to check the availability for individual tutoring. 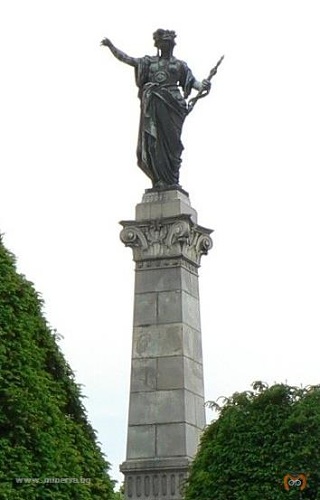 You are here: Home » Tuition » Bulgarian for Foreigners